Listen to Scott's latest release Lullaby here, or on iTunes and many more,
*you can purchase a physical copy here or by clicking the cart icon in the player.

This album of lullabies, for the classical guitar, was made to celebrate the birth of my son in August of 2015. It includes a few of my favorite works from the classical guitar repertoire, arrangements of songs that my mother and father hummed or sang to me as a child, and some beautiful works I discovered while researching this album. It is my hope that listening to these recordings leaves you with the same feeling they give me, a sense of warmth, comfort, and tranquility.
​ 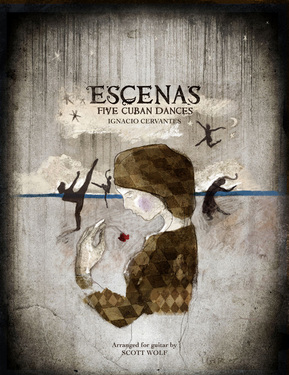 “Scott Wolf’s editions are so skillfully done, his arrangements sound as if they were written originally for the guitar”
Scott Tennant, Author - Pumping Nylon

Ignacio Cervantes is one of Cuba’s most influential composers and pianists. While studying at the Paris Conservatoire, he won top prizes in composition and performance and was praised by such luminaires as Franz Lizst and Hans von Bulow. His most well-known and respected works are his series of several dozen Cuban dances, in which he synthesized European classical music and African rhythms, like the habanera and tango, into a new and unmistakably Cuban style.

This arrangement for guitar presents five of the most distinctive and elegant of these Cuban dances, which we have titled Escenas (Scenes). Each of these dances was given a descriptive title by Cervantes, which creates a colorful narrative when played as a set. They suit the intimate and energetic nature of the guitar perfectly, and are arranged in a manner that allows the performer to effortlessly present a unique interpretation.

These dances are now available for download as a full set from
Seconda Prattica Publishers:

You can also click any of these links to preview/download some of the dances individually:


Hit the play button to hear the first of these beautiful works: 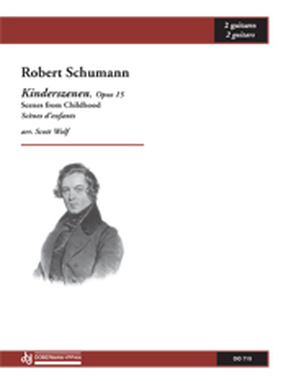